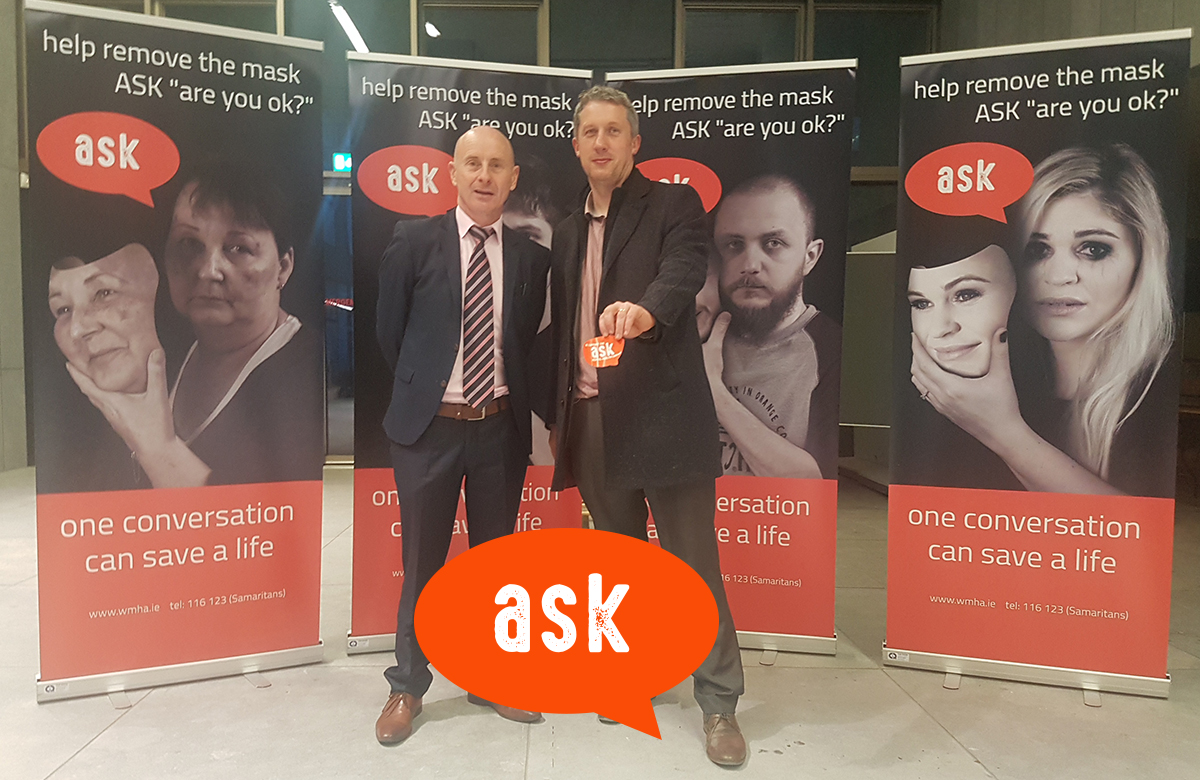 A new mental health awareness campaign was launched this week by Mayor Frank Staples and the Wexford County Council.  The campaign takes the form of a series of 4 posters, each poster depicts a person removing their happy-face mask to show their “unhappy face” underneath indicating their true feelings.

The team at Graphedia where honoured to be asked to design up the posters for this campaign, photography by Paddy Donavon.  It involved setting the mode, colour and tone of the series of posters and then using photoshop to create 3 dimensional masks out for their happy smiling photos and super imposing these into hands over the sadder darker image of people with depression. See samples above and below

Each poster carries the tag line “ASK, one conversation can save a life.” 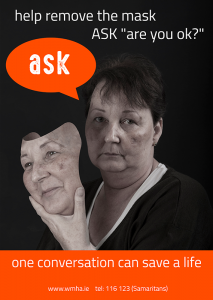 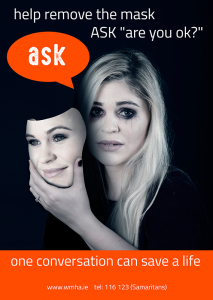 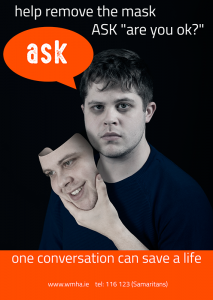 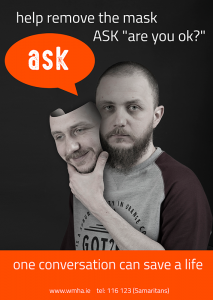 If you were to stop people on the streets, around 80 per cent of people would say that they know someone who suffers or has committed suicide, so it touches a lot of people both directly and indirectly.

At the Launch their was fascinating and very open stories of depression from Mayor Frank Staples and Alan O’Mara how it affected their lives, how they carried a mask for years, until it got too heavy to bare, 2 very inspiring stories that let people know it is ok to have depression and to speak about it with others.

So the campaign is for everyone, sometimes to be afraid to ASK for help, and don’t be afraid to Ask someone out there “Are you OK” you might need to say it 2-3 times before they let down there mask.

Well Done, to Frank, Wexford County Council and all the team involved in this truly inspiring campaign for Mental Health. 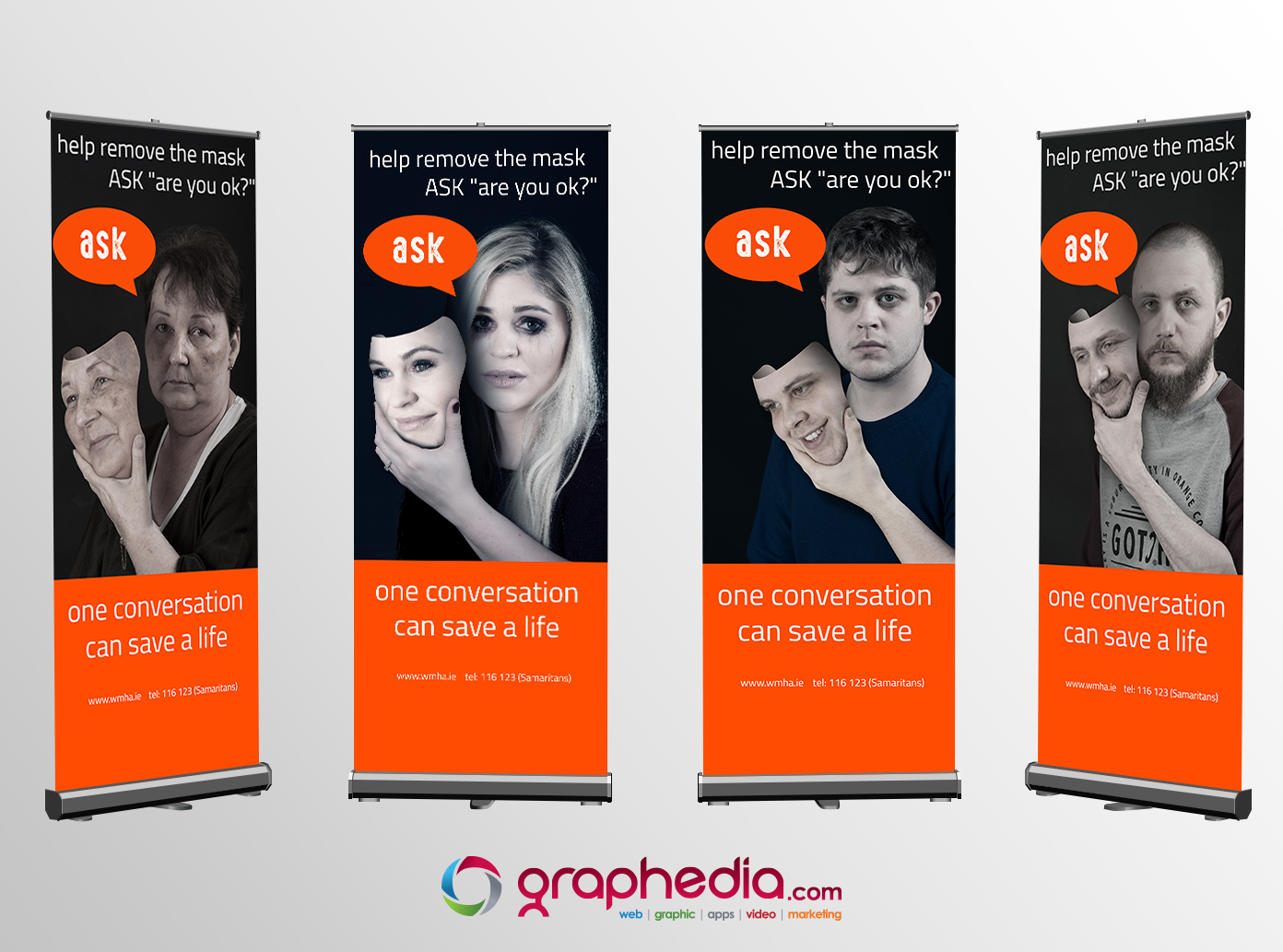